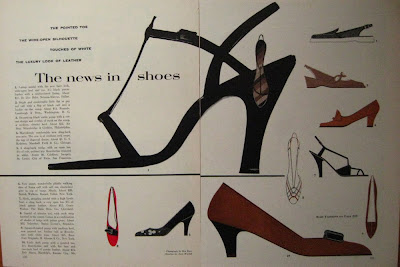 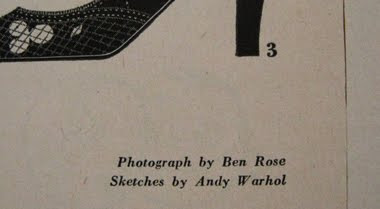 A few years ago I was poking through a vintage Good Housekeeping magazine when I was completely caught off-guard by these Andy Warhol fashion illustrations!  I had no idea that Andy had started as a fashion illustrator, and, immediately and carefully set these aside. 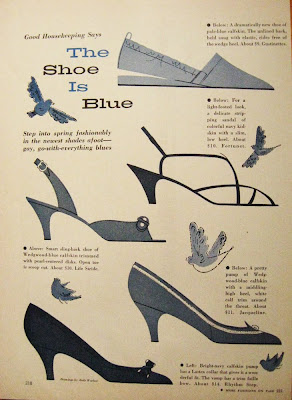 I had no idea how to share these with the world, so, they sat protected in a manilla envelope for years.  Now that I have the perfect forum to show them, of course, there have been exhibits devoted to this early work, books written about the work and plenty of other blog posts out there!  I will still share here, however. 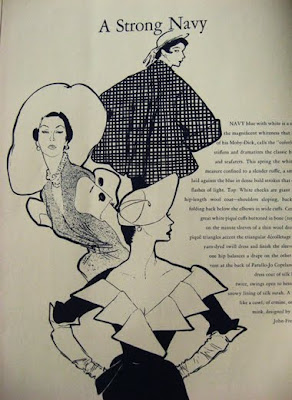 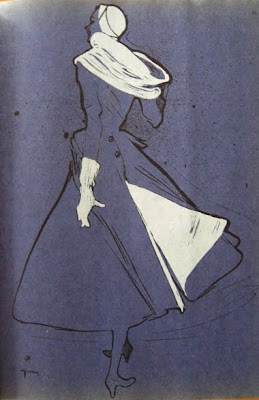 I began this blog gushing about Flair magazine, so, I'm sure it will come as no surprise that I am including some incredible fashion illustrations from Flair in this piece as well! 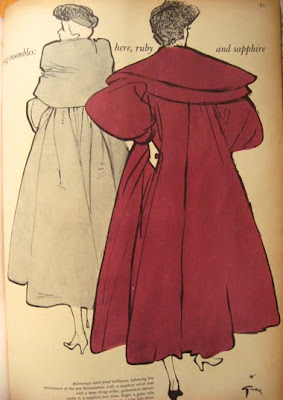 Even the ads in flair are fantastic, like this fabulously illustrated ad for Crescendoe Gloves: 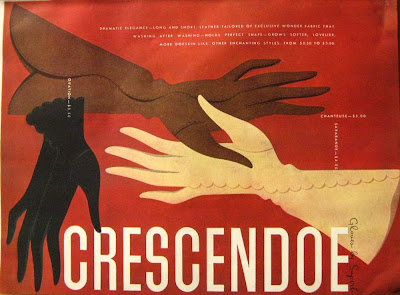 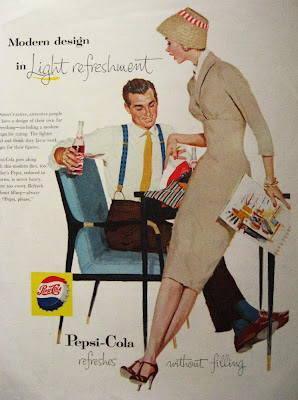 Although not advertising fashion, this illustration is using fashion to advertise the product; Pepsi Cola.  Love the drawing and also the late 1950's woman-re-entering-the-workplace-with-style theme of this ad! 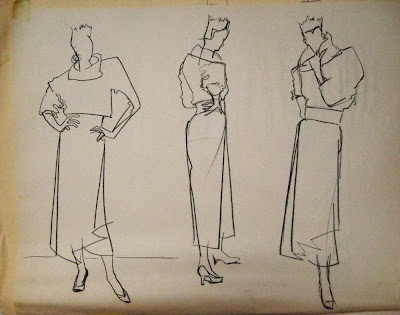 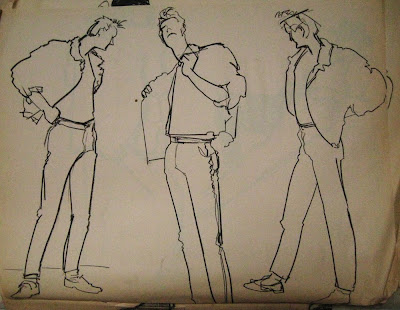 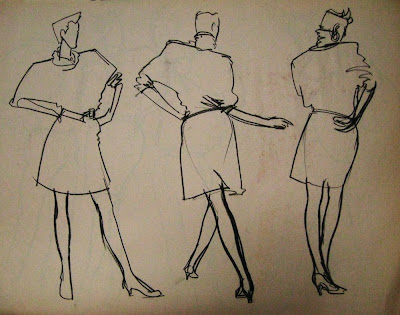 As I applied to art schools in 1983, my goal was to be a Fashion Illustrator.  I was hoping to attend the Fashion Illustration program at Parsons School of Design, but, instead, finances forced me to sulkily attend the School of Visual Arts Illustration Program.  Although I left as a sullen teen, I quickly realized how fortunate I was to be at SVA.   It was a fantastic school with outstanding faculty and I could not have been at a more exciting place in the mid-1980's!  I quickly abandoned my ideas about focusing on fashion, and instead started making collages.  I never lost my fascination with it, however, nor my love of drawing, and it was towards the end of my time at SVA that I was finally able to take Jack Potter's Fashion Illustration course.  Each day, as with all other drawing classes, began with a series of shorter poses (see above).  I don't think these drawings were successful beyond being a warm-up exercise in any other class except this one where they are exciting and fresh.

Can you tell, by the above drawings, that I was at SVA in the 1980's?  Longer poses and more comprehensive drawings  were often successful, but, for me, the looseness that Jack was able to bring out in his students was without comparison.  For me, that looseness was present in the faster drawings but sometimes was lost and overworked in the longer poses.  Jack only made marks on the page with a deliberate intention, and, he taught his students to use the same approach.   "Hairy" drawings were the death of you in that class!   Here are some wonderful recollections of decades of students lucky enough to study with Jack. 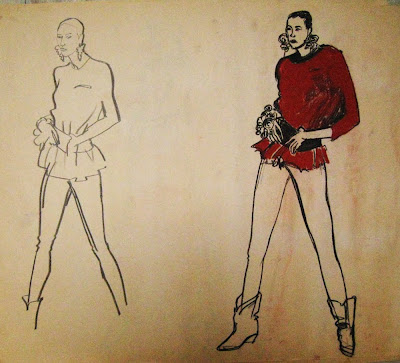 I would think I really had it going on until Jack would come along and in 3 seconds and a few seemingly casual strokes, would provide an example of amazing skill; like his sketch to the left of my own above. 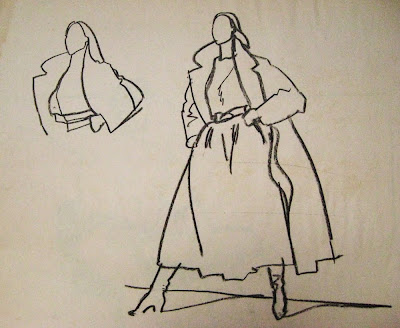 Jack rarely added comprehensive drawings to the students' sketch books, and, I cannot recall how I managed to procure this masterpiece from him.  Perhaps I was whining about not "getting it?"  Perhaps he just liked what he started and kept going.  The latter is more likely; he was so good, he just could not help himself but create a masterpiece the moment his pencil hit the page.  For a look at some of Jack's commercial work, click here. 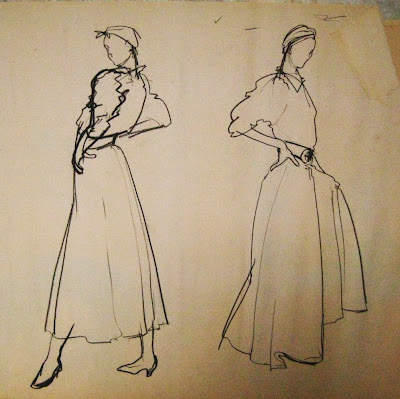 I will make a couple of final comments about Jack and his integrity.  I cannot recall some of the details that those others recall (see link above) but, I do recall once being trapped on a stalled subway train for an hour on the way to class and arriving halfway through.  Although it was not my fault, and, there was no way I could have arrived on time, he made it clear he was disappointed in my tardiness and, I truly felt guilty.   Three hours with Jack each week was a privilege and I'd just squandered 90 minutes of it!  Jack was also very kind to his models.  He did not use the same models that other drawing instructors used.  Many of his models were clearly people down on their luck and those for whom an hourly stipend was likely key to their survival.  It would not surprise me to learn that Jack went the extra mile behind the scenes for these people in ways that only he and they will ever know.  He was able to merge pedagogy and social kindness seamlessly and with the benefits split equally and without conflict for each party in the room.  RIP Jack; you are missed by many. 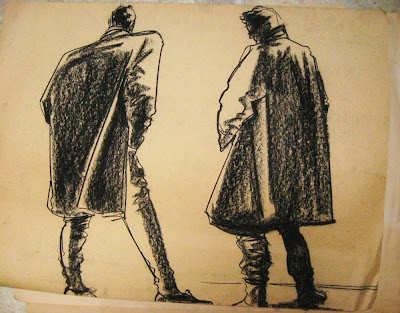