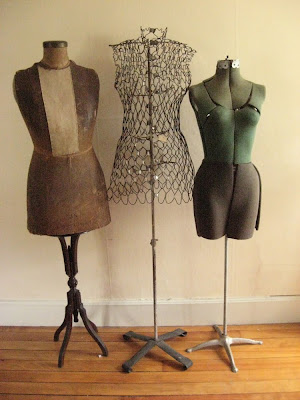 I already devoted a post to "my models" which is fitting, since I had the photos long before the mannequins.  The mannequins (who are all actually vintage dress forms) came along very quickly and for various jaw-dropping bargains that I will share here to cause anyone looking for one at a reasonable price to really be angry with me.  (or, hopefully, inspired!) 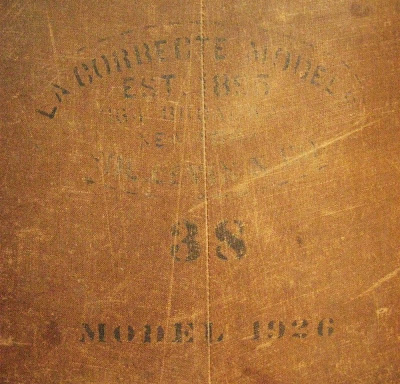 A girlfriend and I headed to the local flea one Sunday early this summer, both in search of mannequins.  (She also sells on Etsy)  I had been there several times before with no luck.  We were standing at a booth shopping and chatting when I noticed a man carrying this gorgeous 1926 half-mannequin to his car.  I was devasted, believing he had just purchased it before I could find it myself.  Moments later he actually came by the booth where we were standing and I said "You just found the exact mannequin I was looking for." To which he replied "Oh, that?  I was selling that, I just put it in my car because I'm packing up."  To which I replied "Really, how much are you asking?"  To which he replied "$25" to which I replied (and here is the NOT what to do at  Flea Market lesson...) "I'll take it!"  Not, "Can I see it?"  Just simply "I'll take it!"  The guy probably would have sold it to me for $10 if I'd been able to conceal my excitement which, clearly I could not.  I have no regrets, however, this beauty has the aged patina and texture I was looking for.  Her shape is a little dated, being a size 38 from 1926, but, she is a fantastic necklace model and often helps me with clothing as well. 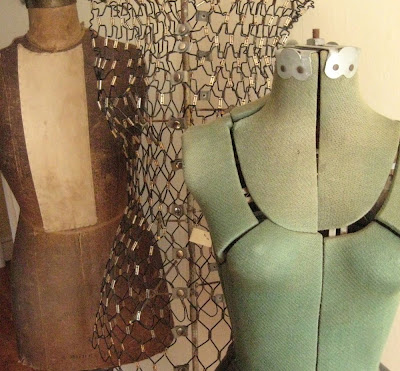 The same day that I found the 1926 mannequin for $25, my girlfriend and I happened across another vintage dress form one aisle over!  A beauty, for sure, from the 1950's with a two tone cloth body of russet and teal and fully adjustable on the metal stand.  The seller wanted $50 to which I replied I had just found one for a lot less.  He asked how much and I told him $25.  He then dropped the price on his to $35 for us.  My girlfriend hemmed and hawed, I debated adding another to my "stable" (greed comes so quickly!) and she finally decided to buy.  I was a little disappointed, I mean, I was there alone for weeks and I bring a friend and two mannequins show up?  I was happy to for her, however, and, happy for me as I loved my 1920's beauty.  What does this have to do with my own mannequins you ask?  Well, a week later I returned alone to the flea and the same seller who had the 1950's form a week earlier had the teal fabric form above (with nipples!).  I asked how much and he simply replied $15.  FIFTEEN DOLLARS?!?!?!  Again, how could I bargain?  I handed him the $15. 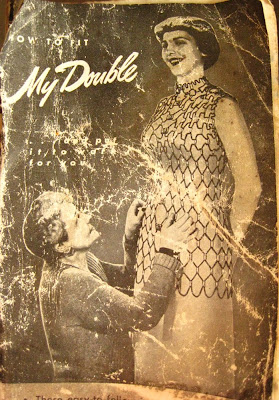 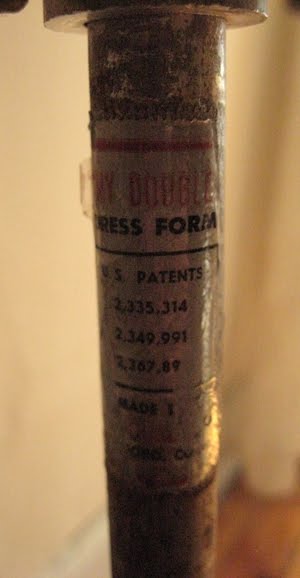 My last and most recent find is this "My Double" wire form.  Designed to be snapped around your body so that a "friend or family member" can fit it to you, it is not the most practical of dress forms, but, I love the third texture as a mannequin.  I made her tall and gave her a nice shape so she can help me model some of the larger sized items so that they look nice and taller people can see how they will look on a normal size rather than all bunched up on me or a smaller form.  She is a little lumpy here and there, but, as a $10 find at a yard sale two weeks ago (where my husband actually both a) stopped and b) handed me the cash loan for the purchase!) she is a find!
Posted by Carmen and Ginger at 9:03 AM

Email ThisBlogThis!Share to TwitterShare to FacebookShare to Pinterest
Labels: Flea Market, Where Do You Find That Stuff?