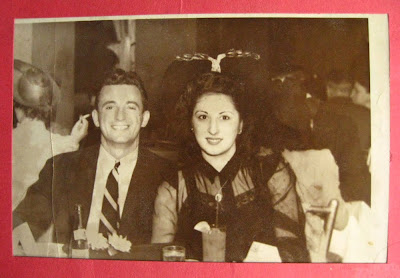 In the mid-part of the last century, it was not uncommon for couples or friends to head out for a night on the town and return with a photo documenting their adventures.  You still see this trend today at tourist attractions, but, not so much at restaurants and nightclubs. 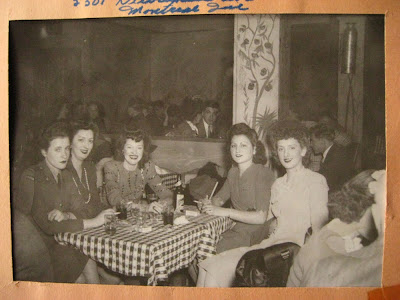 What I like about these photos - all of those posted here are from the 1940's - is that people typically got dressed to the nines to go out back then.  You see them all dolled-up, but also relaxing out with friends and family.  They are great little snippets of history that show the fashions of the people in the photos, as well as those in the background. ( That woman on the far left is looking like she is ready to go home.) They are usually dated, and, come in decorative cardboard sleeves that  clearly tell you where the photo was taken.  This group of girlfriends was at Ruby Foo's Beachcomber. 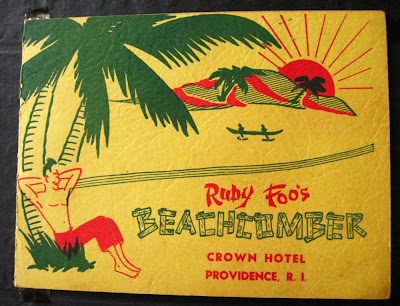 Sometimes you get stories that are unexplained.  Either this woman decided she didn't like the photo of herself, or, she fell out of favor with the photo's owner.    No other clues to explain the edits! 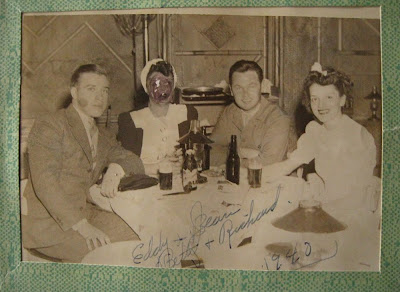 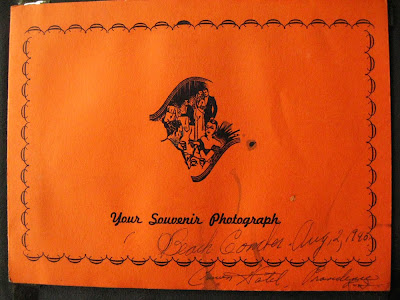 And sometimes you get clues that are so big it takes a minute to process them.  I was trying to figure out why this group of three women was sitting with only one man at Jack Dempsey's when it finally dawned on me that they are sitting WITH Jack Dempsey - what a night on the town! 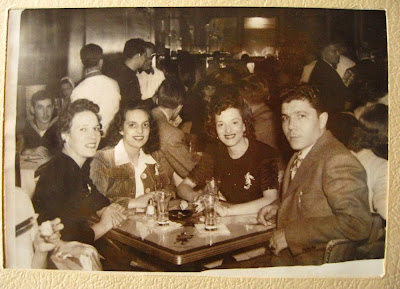 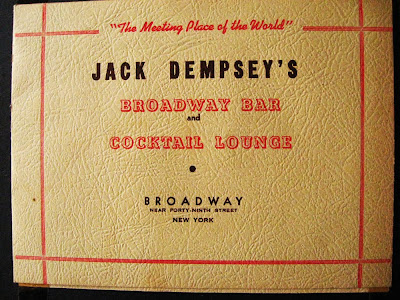 Posted by Carmen and Ginger at 9:38 AM