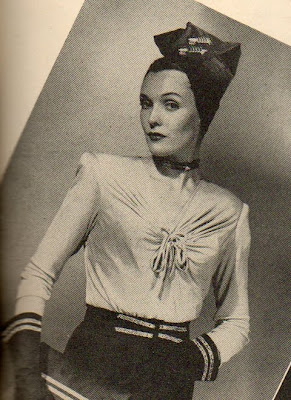 Putting together my fall fashion items, and, setting aside some future glamorous fashion postings, I realized I had found some fab hats over the summer!  This got me thinking about hats in general, and, I decided to do a posting devoted to the subject. 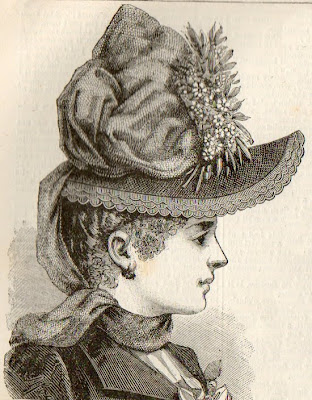 At the turn of the century, hats were at their most impractical, however, they were also a staple of women's fashion.  Can you imagine having to wear something like this every day, while shopping, while getting your kids off to school, while out for a casual stroll?  Not to mention the fact that you also had layer upon layer of heavy awkward clothing below and not quite the hygienic standards and options of today - oh my!  Well, at least you looked good. 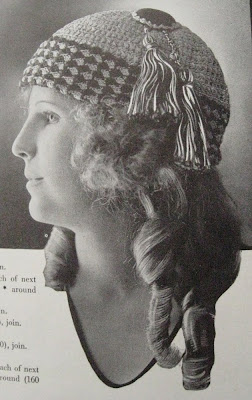 Trends in hats seem to consistently shift from sculptural to practical.  The pattern for this Arabian-influenced crocheted hat was available about two decades after the one before, so that a woman could make her own hat. 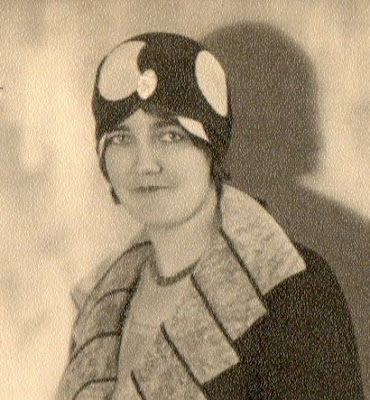 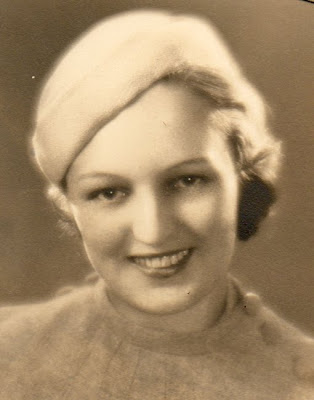 The 1920's and 30's were all about fashion, but, also about womens freedom of dress and movement.  Stylish but more practical, close-to-the-head hats were the most commonly seen. 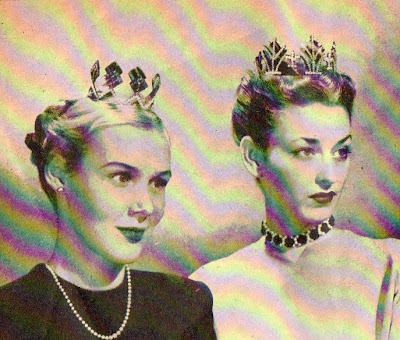 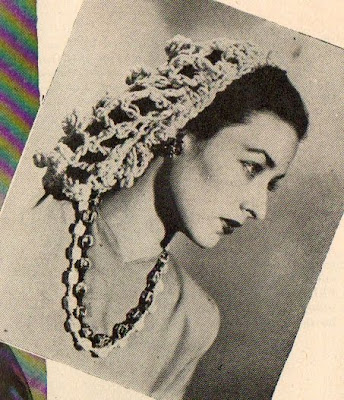 The 1940's was really the heyday of the hat in the last century.  Just about anything goes - from turbans (see top photo) to crowns (um, not really for me!) to my favorite, the snood.  Hats were practical or sculptural; for day or for evening; you name it!  Exotically influenced and exquisitely made, the 1940's hat is a wonder to behold. 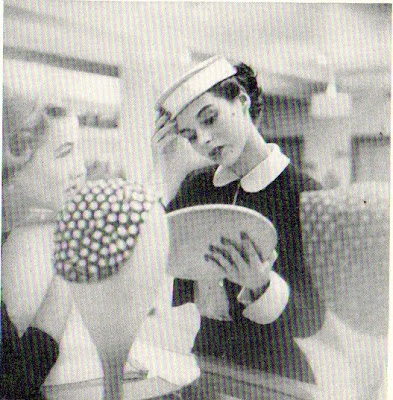 Selecting a hat as we entered the 1950's was quite the decision!  Fashion was becoming an art form, the 1940's influence was still present, but women were becoming much more feminine in their styles again. 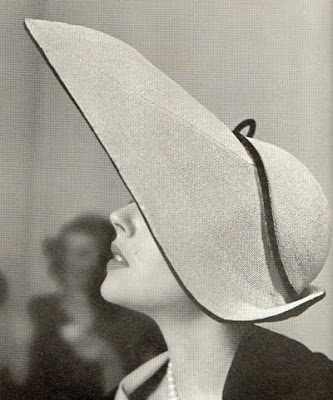 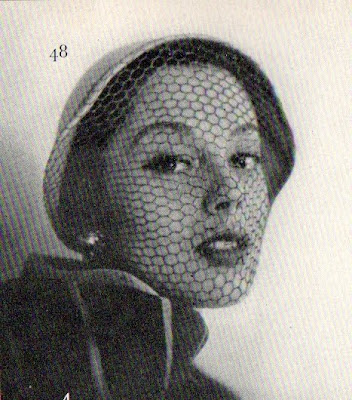 In my opinion, the last great decade for hat design was the 1960's.  While not always practical, the hat was often a true work of art.  From the luscious to the outrageous, at least they were not boring! 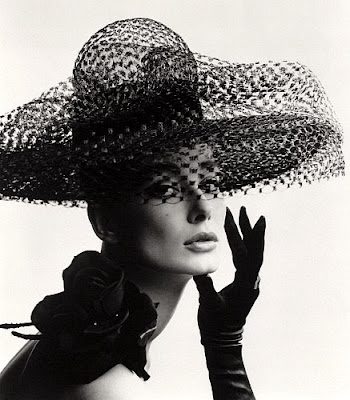 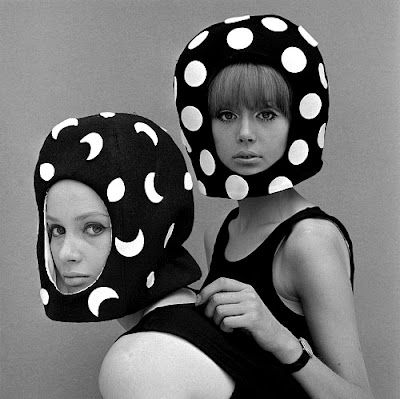 I did not wear many hats where I was younger.  It was the 1980's, and, once you had sculpted your hair into that perfectly pasted form the last thing you wanted to do was plunk a hat on top!   In the 1990's I found a hat I liked and used it as a model to start making hats.  It was quite enjoyable, and, for a while, I was known for my wild hats! 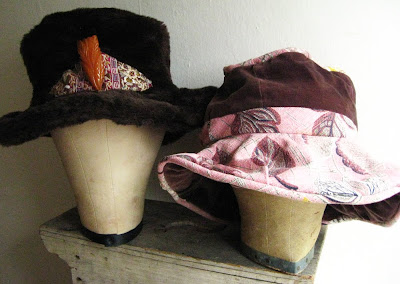 Nowadays, I tend towards a few vintage and newer staples.  Mostly practical, for the colder months, but, since I am not so darn concerned about my coif these days, I'm thinking of adding more hats to my daily fashion routine.  Of all the items I covet on Etsy, I covet a handmade hat from Bonnie's Knitting the most: 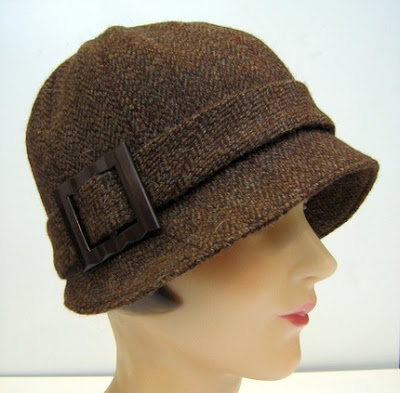 Her prices, to me, are incredibly reasonable for these beauties, which can be custom-made to your head!  I cannot afford one right now, given my laid-off status, but, if you know Bonnie, maybe you can put in a good word for me for a trade? 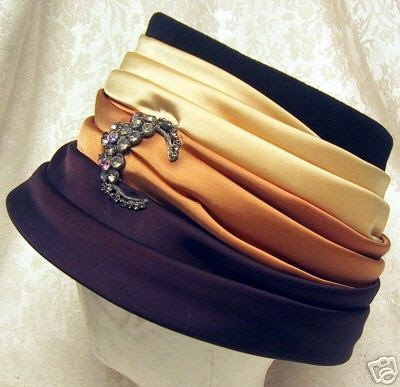 If you are a purist and are looking for true vintage, this fantastic lampshade hat from BackThennishVintage might just do the trick!  Look at that form, those colors, that brooch!  Fantastic.

I borrowed quite a few wonderful images for this post and wish to give credit where credit is due!

Posted by Carmen and Ginger at 9:35 AM