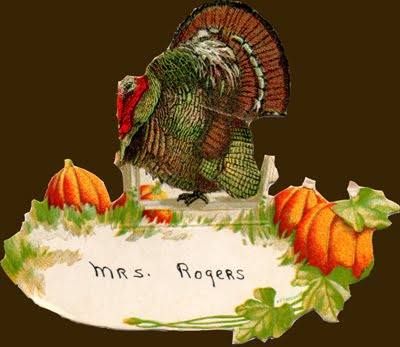 After feeling sorry for myself all week after having to cancel my husband's and my Thanksgiving plans because of illness, I decided I could at least share some of the goodies I'd prepared via the web.  No, this is NOT a food blog, nor will it ever be.  I just happened to document a few things along the way. 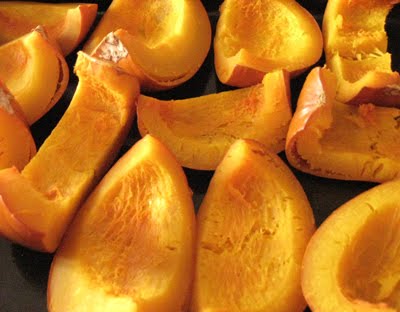 I purchased a pair of sugar pumpkins on the last day of the local Farmer's Market and the fellow advised me that they would last weeks as long as I did not remove the stems.  A month later, I roasted them in the oven and the smell was remarkable!  This sweet small of pumpkin gloriously filled the house - and I don't even LIKE pumpkin!  After roasting, I let them cool, and the flesh practically peeled right off the skin.  In fact, once I pureed it, I realized I had three times as much as I needed for the recipe from those two little pumpkins. 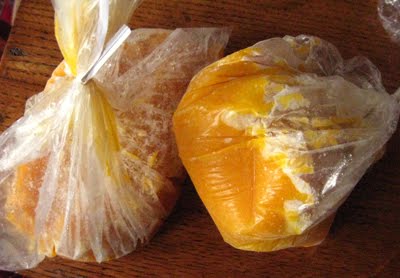 An on-line search suggested freezing in individual baggies in measured amounts so I set-aside these two one-cup bags for future (Christmas?) baking.  Will let you know how it turns out. 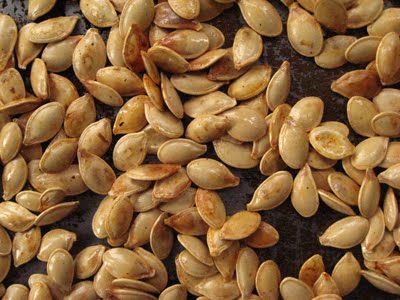 Another observation about the sugar pumpkins was that the seeds were much more plentiful than in the Jack-o-lantern pumpkins. These came away from the pulp easily. Also, since I'd cut the pumpkins in half as opposed to trying to extract pulp and seeds from the "head" this was an easier process!  Since my husband had thrown away all the seeds I'd saved from our Halloween pumpkin thinking they were trash, I decided to remove and roast these for our road trip (sigh).  I'm planning to season them and we'll eat them during our Frank Capra movie-fest later today. 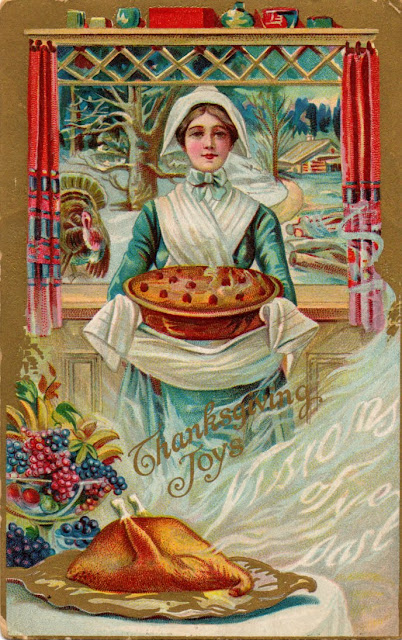 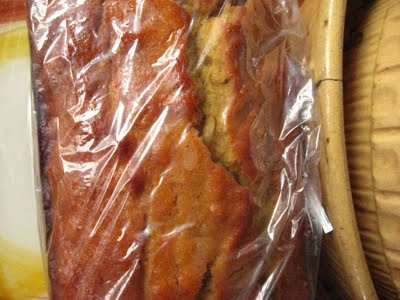 The pumpkin puree was used to bake this Pumpkin Almond Tea Loaf.  It was going to be a "Thank You" gift to our friends who were going to feed our cats while we were away.  Excuse the plastic, when I took this pic it had been around a few days, but I had not yet frozen it as we were not sure if we were accepting any alternate Thanksgiving invites or not.  We've since declined, so, this is now in the freezer to make an appearance at a later event. 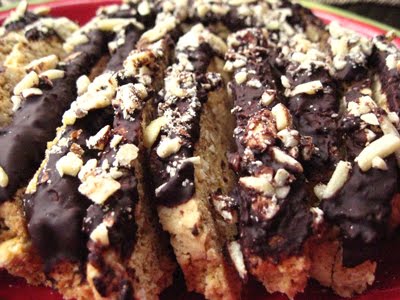 Earlier this month I had also made a batch of these biscotti.  Half of them went to the folks at the Post Office who help me mail my Etsy packages three days a week.  Most of the remaining were set aside to be brought for Thanksgiving in North Carolina.  This is still in my freezer, so, will likely make an appearance at Christmastime and make my parents very happy!

I will sign-off by sharing this great Thanksgiving card my mother sent to us this week.  Great design but sort of feel sad for the Turkey, don't you? 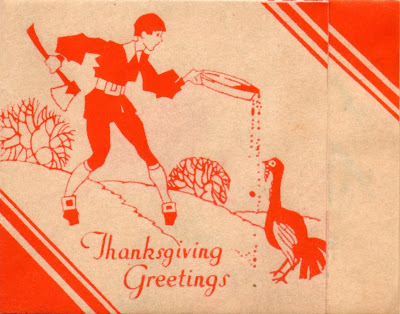