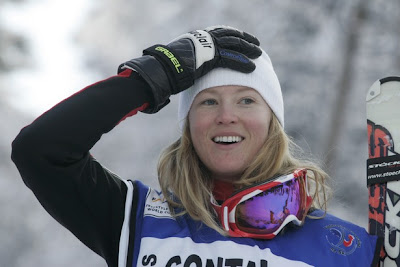 I am by no means addicted to the Olympics, in fact, in my current status of part-time employment I could have it on the TV live all day but I am in no way that much of a junkie!  I have been enjoying the Ski-Cross events, however, they are so crazy and exciting!  I love how it is only 4 people at a time and the 32 to start just get whittled down and whittled down.  Just like Short Track Speed Skating and Snowboard-Cross, the fast pace, tight turns and cut-throat do or die competitiveness is addictive!   I was devastated to see her boyfriend, Chris Del Bosco wipe out on the last hill of the final the night before, but, overjoyed to see Whistler native Ashleigh McIvor take the gold last night.  How fun to see a local girl have the Olympics literally come to her, and for her to take it all!  (Especially after that witch almost cost them both a place in the finals making a reckless and unnecessary pass during the last moments of that semi-final run!)   Ok, enough Olympic talk.  I am by no means an expert and the more I talk the more mistakes I am likely to put in "print."  I will send out a big congratulations to my friends in Vancouver (you know who you are!) and a little smack when I say "You actually let us beat you at HOCKEY?" 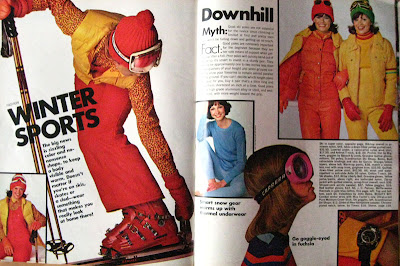 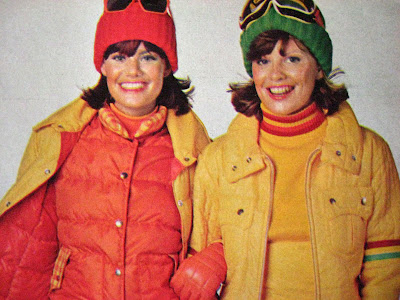 As a  nod to the Olympics, I will share this great layout I found in the November 1974 issue in my stack of vintage Seventeen magazines.  These colors and products were so new and avante garde back then.  Today we take these colors for granted. 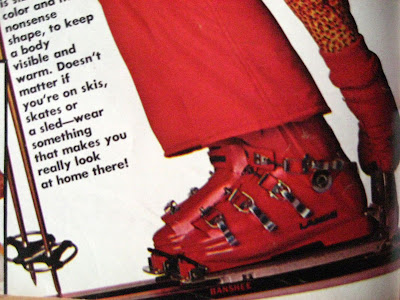 Can you imagine doing Ski-cross in THESE boots?  (I can't imagine it at all, having skied exactly twice in my life, but, you know what I mean.) 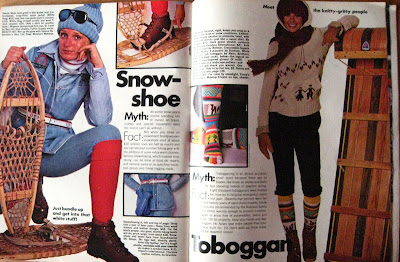 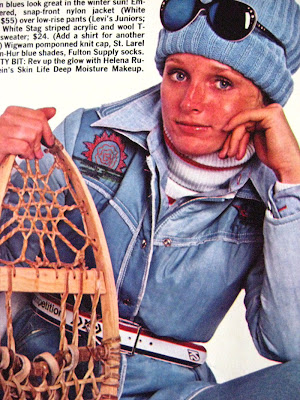 Again, so retro, these looks from 36 years ago are actually perfectly in style again today! 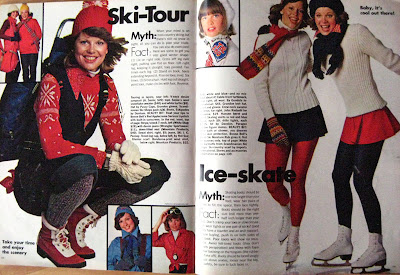 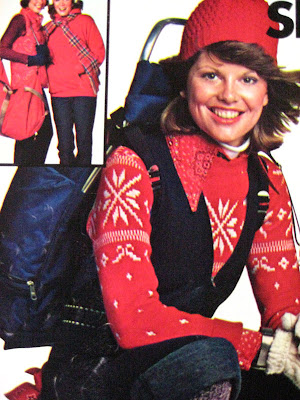 From 1974, these looks date to exactly between the medals of Janet Lynne in 1972 and Dorothy Hamill in 1974.  I'll post those two medal moments, to close, and offer a big GOOD LUCK to the Ladies Skaters who will perform their Long Programs later this week.  We'll be watching! 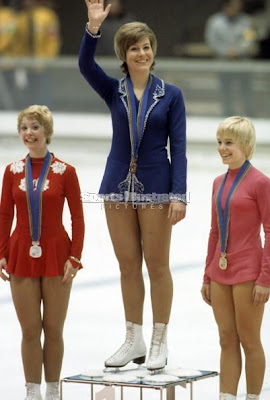 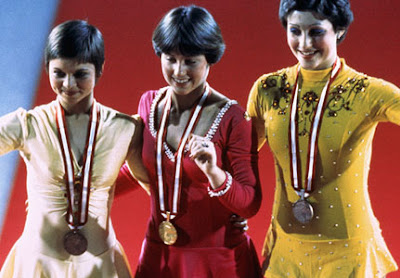 Posted by Carmen and Ginger at 4:16 PM