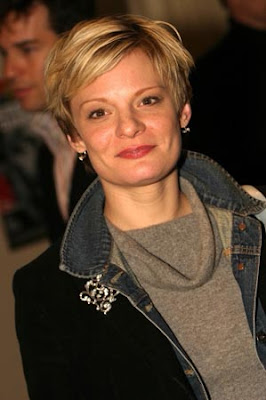 Here at C&G we do not typically discuss celebrities, unless of course they lived at least 50 years ago and wore fabulous clothing!  I wanted to do a quick little post, however, about a gem of an actress: Martha Plimpton. 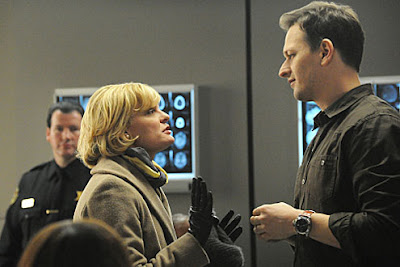 It dawned on me recently that Ms. Plimpton had made an appearance in three television shows I typically watch; Medium, The Good Wife, and Fringe.  In each she played a completely different yet compelling character.  On The Good Wife (above) she has a recurring role as Patti Nyholm, an incredibly confident, shrewd, and ruthless opposing attorney who thinks nothing of using her pregnancy to win her case.  She is a delight in this role! 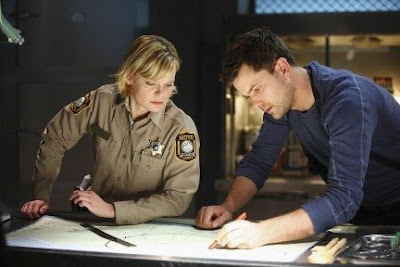 On Medium, she portrayed a world-wise, resolved cancer patient facing death, while on Fringe (above) she portrayed a small-town sheriff very much over her head in the strange events unfolding within her jurisdiction.  In each role, she brings a level of acting sophistication and ease that is rare on the small screen.  This is why I refer to her as a "gem." 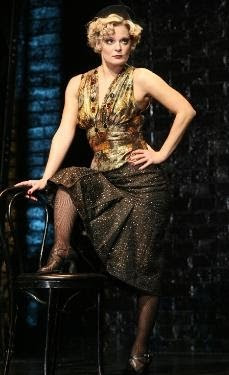 She is also much lauded on Broadway - no surprise there except to ask, where does she find the time?

No need for me to repeat her bio here.  If you want to read more about her and see where you might catch a performance you can start with her bio here on IMDB or, just Google her name and go from there!  In any case, take note, and, enjoy this gem of an actress. 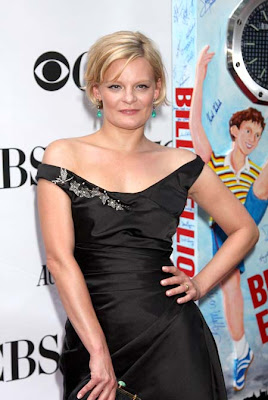 Posted by Carmen and Ginger at 7:20 PM