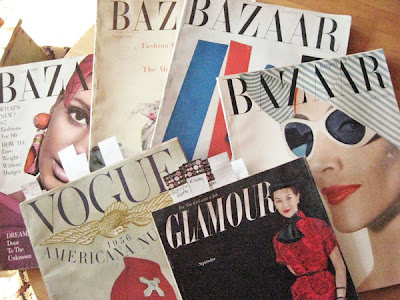 Don't hate me because I'm obsessed.

See, I went back to the local flea this morning.  No rain, my friend and I got an early start (there at 6:30 - still late to the hard-core who arrive at 5:00) and we leisurely took in the whole place over the next four hours.  On the last side of the last row, which, because we started at the back was the first row from the parking lot, I spied a stack of the mags above.  I asked "How much?" and while I did not get the crazy low price from last week, $2 each was what I was told.  I quickly counted up four Harper's Bazaar's, a Vogue and a Glamour and asked if he'd take $10 for the six.  Bien sur! 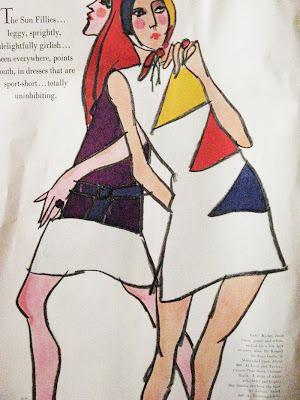 I have not even finished going through these, and, the illustrations are too many to even think about at the moment.  I did want to share, however, this two-page spread in the January 1966 Harper's (all others were 1950's).  The artist is noted only as "Elia" and I cannot find any information on them.  Love the mod style of illustration partnering with the mod clothing! 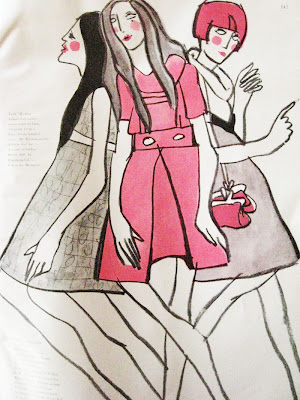 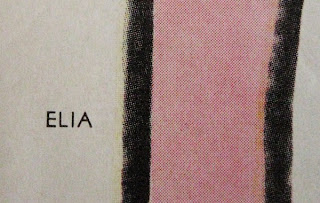 I am still working my way through these magazines and have also been noting the costume jewelry details to share.  Both advertisements and fashion layout credits abound!  I hope to get them scanned and on the web as a resource to collectors and researchers over the next few weeks.
Posted by Carmen and Ginger at 4:21 PM