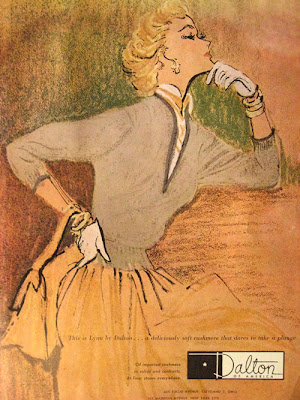 Last week at the local flea, the day did not go as planned.  The forecast was for sun until about noon which was perfect for the flea.  The reality was that as soon as everyone got set up and out there in the field, the skies kept spitting, then stopping, then spitting then stopping before finally opening up into showers that clearly were there to stay.  It was right after the showers, as I was making my way past desperate dealers frantically trying to pack away their goods, that I spied a stack of vintage magazines.  I always look for vintage fashion, but rarely find it, so was excited to see several vintage Harper's Bazaar and a vintage Vogue at the bottom of the stack.  "How much?" I asked. "A dollar for the entire stack." was the reply.  Well, I truthfully could not carry the entire stack but I took those I REALLY wanted, plus about ten more magazines and hoofed it for my car.  A little wet but still perfectly good for studying, and, drooling over! 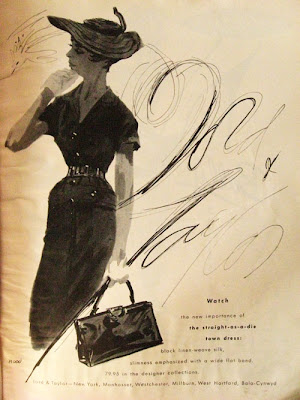 There are so many great items in the magazines to share, but, I decided to begin with a bit more fashion illustration.  Aside from those still seen in the Sunday Times (also headed rapidly for distinction) the art of fashion illustration is sadly lost nowadays in the mainstream.  The 1950's, however, was it's heyday! 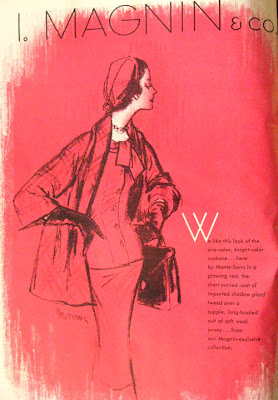 Although the models were just as beautiful then as they are now, a fashion illustration could offer something most models could not: an impossible figure and posture!  Take the woman above, for instance. This illustration, in a fashion context, is amazing!  Beautifully drawn with great movement and style and drape to the clothing.  And I love the hot pink background.  But if you look at the woman, REALLY look at her, you can see that if she were real, her neck would be twice as long as a normal person's, her arms look like they could reach to her knees if straightened and she is missing about half her ribs.  These things do not matter, however, as she is an illustration.  Just like illustrated bird guides are the best reference for people looking to identify birds, illustrated fashion is wonderful for those selling wearable goods.
One reason I was inspired to post again about fashion illustration (see Fashion Illustration 101 here), is that I discovered more Andy Warhol shoes!   Flipping through Harper's Bazaar, there they were.  I will share some of them with you below: (click on any image to zoom in for details.) 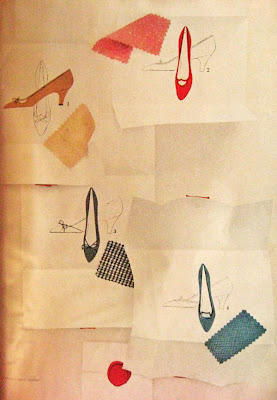 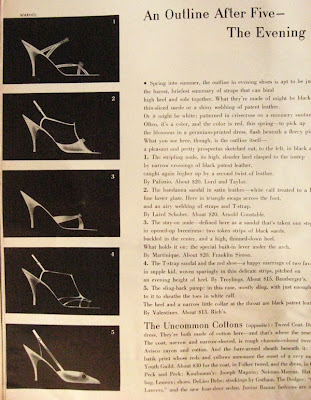 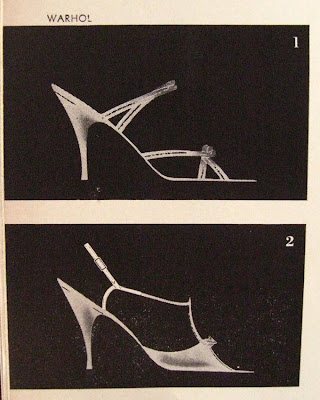 I also came across another illustrator similar in style to Warhol who is credited as Mary Suzuki.  I could not find much about her on the web at all aside from this one other post of another of her illustrations.  (This by the way is a great site devoted to female illustrators of the same time period and is worth a peek at once you are done here!)  Here are a few of her illustrations that I found in the same stack: 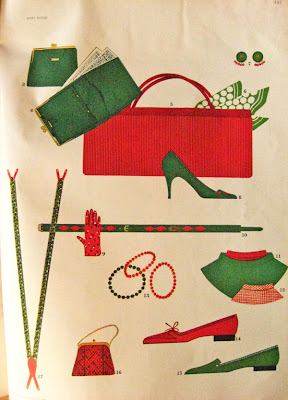 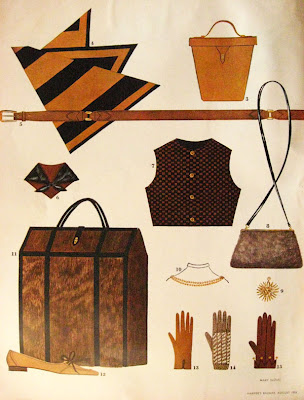 I had not before heard the name Bobri but clearly his illustrations are of a completely different ilk than those shown above! 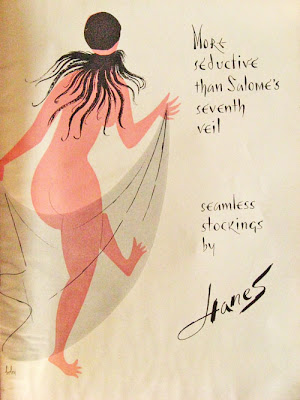 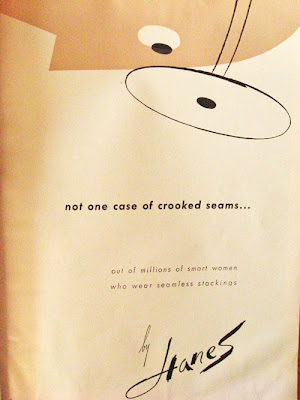 These two ads for Hanes show a completely different aesthetic from any of those shown above or below, which is also what makes the modernist approach to illustration so exciting for 1950's fashion illustration.  For more about this fascinating artist, click here. 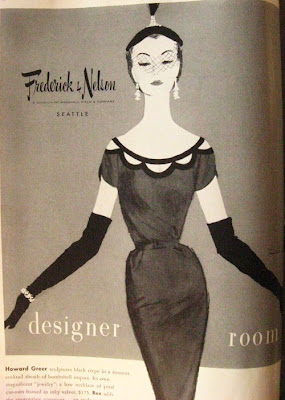 I believe I found this image and the one below in the Vogue which dates to April, 1960.  I love the flattened look of the above illustration.  It retains the same basic silhouette as the more traditional drawings above, but, the simplified, flattened shapes, and, fact that the figure cuts-off the page in several places clearly shows a more abstract influence.  Also, love the dress! 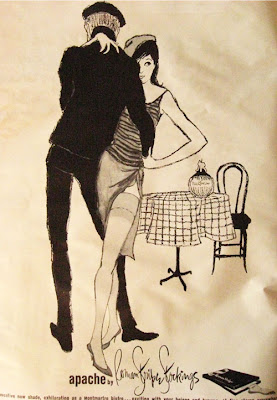 Also dating to 1960, this drawing has great technique and style but of course the beatnik theme is what I love, love, LOVE about it!  Right down to the berets, checkered tablecloth and bottle of chianti... 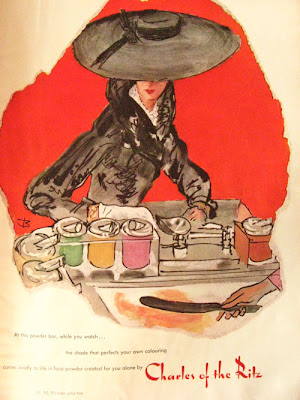 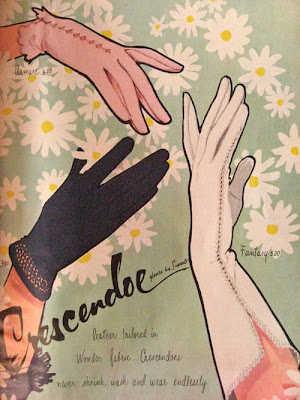