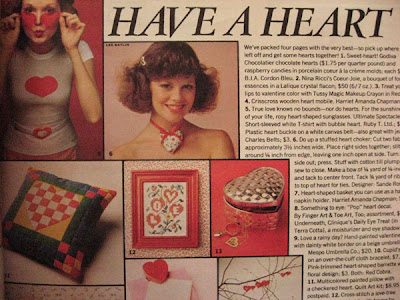 A year or so ago I came across a large box of these vintage Seventeen Magazines and I promised to post images on my blog.  I have shown some things here and there but not with the rapid attention I'd planned!  I am therefore sending this 1975 Valentine out to any readers who may have been waiting to see some of these things. 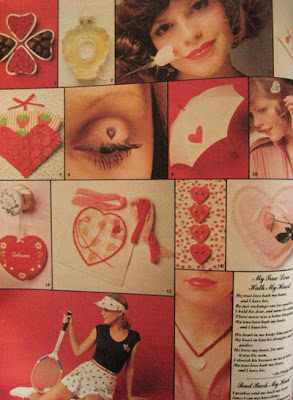 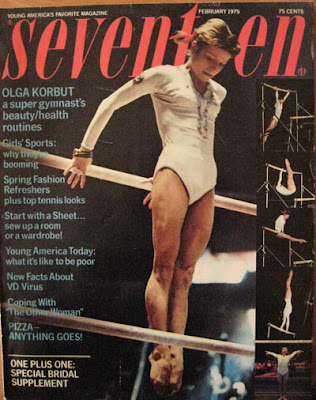 The issue I am sharing dates to February, 1975, and, in addition to some Valentine gift suggestions, featured a cover story on the wildly popular Olga Korbut! 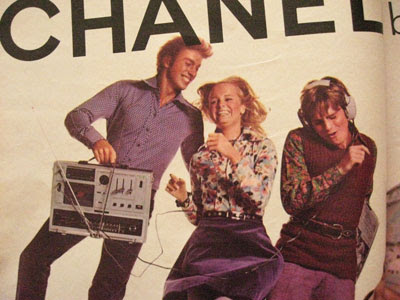 In this day of carrying around phones that play music and take photos and talk to our cars and the internet, this Chanel image featuring "high tech" portable gadgets of the time is even that much more hilarious! 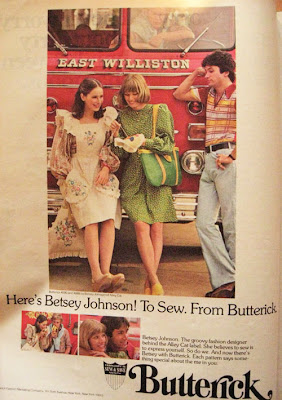 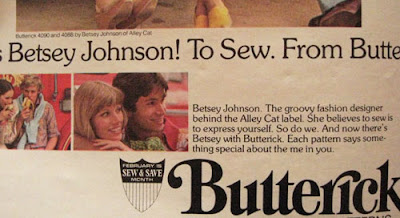 In 1975 the now-iconic fashion designer Betsey Johnson was just starting to go mainstream. 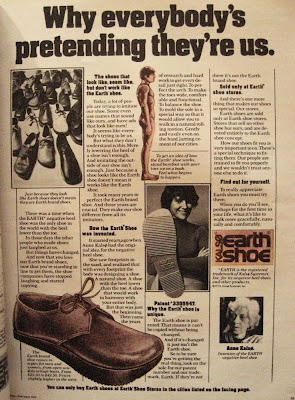 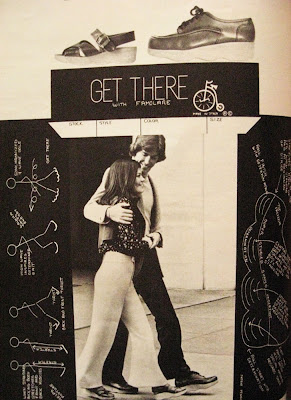 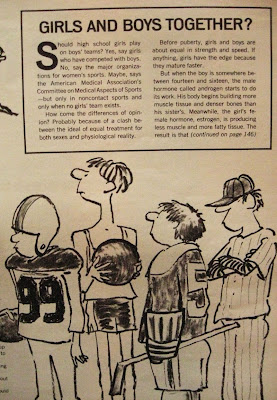 In 1975 I was still a little young to be reading Seventeen Magazine, and was instead reading my copy of Betty Miles new book, The Real Me.  Some issues covered were the same in both, however, like girls doing things traditionally only enjoyed by boys. I doubt articles in today's Seventeen Magazine suggest that girls might consider much other than some sort of college after high school.  Back in 1975, however, high school graduates did not automatically head to college as most do today.  Also, women heading into a career after high school was still a relatively new concept.  For these reasons, the article above was not uncommon at the time, although it would be unheard of today. 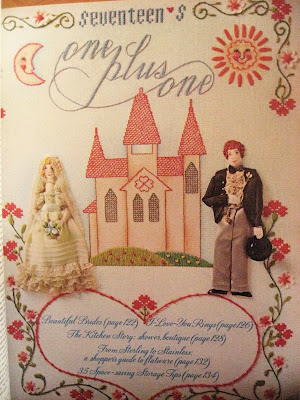 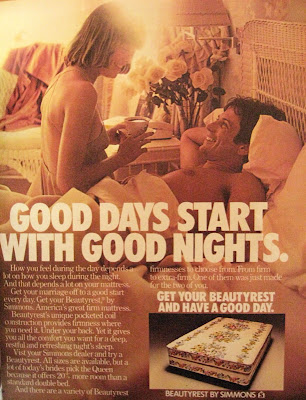 While the 1975 magazine seems "behind the times" in some ways, it seems like "Whoah!" when you see the layouts above!  The February issue had an entire wedding section and included many wedding related advertisements for rings, dresses and other items.  The one that floored me, however, is the mattress ad above with a mildly suggestive copy line and an image of a man and woman in bed together!  Today's Seventeen readers are most often NOT 17 year olds.  They are likely 14 and 15 year olds.  I seriously doubt today's magazine would be advertising mattresses to this demographic!  In 1975, the readers were more true to the title, being young women about to graduate high school and many were about to get married and start a home.  This advertisement seemed acceptable for this crowd in that time of free love. 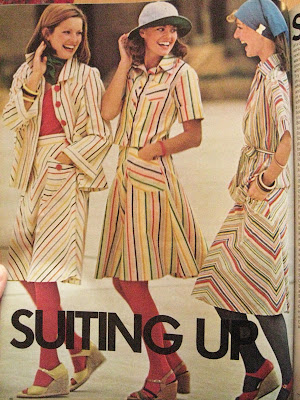 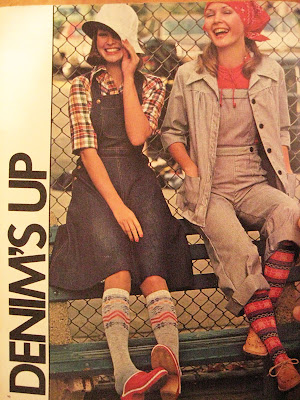 Before 1975, denim had already jumped from work-gear to mainstream, but, had not made the jump from casual to structured day-wear.  These fashions reflect some of the earliest versions of this trend that waxes and wanes in popularity from year to year, but that certainly is a fashion staple of today. 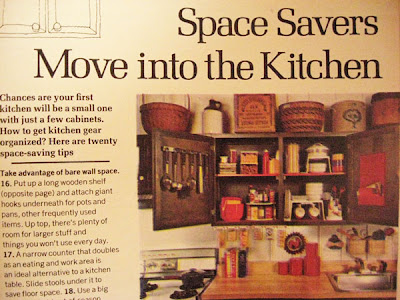 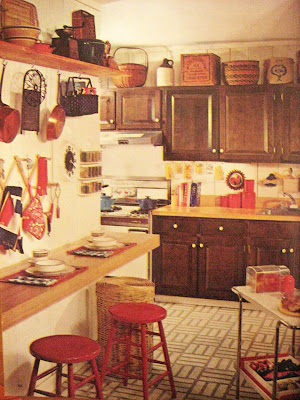 I do not think today's Seventeen possibly suggests decorating tips to their readers!  Back in 1975, however, living on your own or as a married woman was right around the corner, so decorating tips were as common as they are are in the next "tier" of magazines for young women today (Glamour, Mademoiselle, etc.).   These images look just like the kitchens I recall from my childhood!  Lots of brown and beige with antiques worked into the decor.  Heck, I still decorate this way!  (with less linoleum and particle board.) 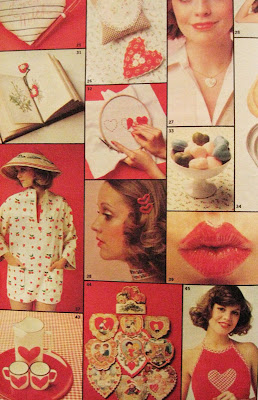 I hope you enjoyed this little 1975 Valentine for you!  All text and images are still copyright of Seventeen Magazine.
Posted by Carmen and Ginger at 3:44 PM