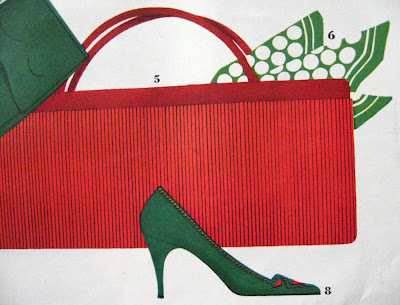 Today is a day of milestones for this blog.  First, this is the 200th post.  Now I know compared to other bloggers out there this is not such a big deal, and, those who know me are not surprised I could fill the internet with 200 opinions about various topics, but for me, reaching 200 is quite an achievement.  Now, if only someone other than my mom would read my blog...

The next milestone actually has to do with a note received yesterday, which proves that someone other than Mom really reads these posts on occasion.  It was a comment  in response to a Fashion Illustration post I had done last year in which I showed illustrations from Andy Warhol and Mary Suzuki.

At the time of the original post, I had been struck by the whimsical similarities between the Warhol fashion illustrations, which I had become aware of several years before, and those of Mary Suzuki, another illustrator about whom I could find very little information on the internet.  That is, until this comment was posted yesterday:


My mother was Mary Suzuki and she did the Illustrations above. She was good friends with Andy in the 50s. He showed my mother his book when he arrived in New York and she told him to do shoes and got him some work with Harpers Bazaar. They co-illustrated "Amy Vanderbilt's Book of Etiquette" She also gave him his first cat.
Mary Suzuki was active in the 50s and 60s working for Vogue, Harpers Bazaar, and Seventeen Magazines. She was honored by the Society of Illustrators and was included in Marquise's Who's Who. She also participated in the first feminist art exhibition "Women Choose Women" at the Huntington Hartford Museum. She cited Ben Shaun and the Ashcan School as influences. She died in 1974 of cancer.

The person who provided this information, presumably the son or daughter of Mary Suzuki, did not provide their contact info, so, I encourage them to contact me via email if they wish.  I would love to post more info and a photo of Ms. Suzuki at work on this blog if at all possible!  For now, however, I am glad to have this info with the previous post and grateful to be able to share it in this new post as well. 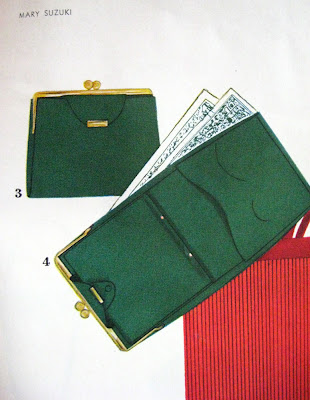 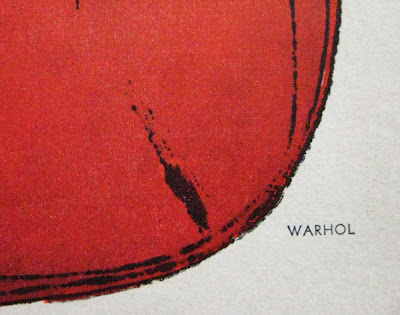 In looking at these illustrations side by side, there can be little doubt that Warhol was influenced by his friend Suzuki.  Assuming the story above is true (and I believe it to be) it would have been especially generous for Ms. Suzuki to encourage a new young talent and to help him obtain work in a field where she was already working - especially if his designs were heavily influenced by her own!   I say this with no slight to Warhol, he would have been in his early 20's at the time, still finding his way artistically, and there is no doubt he went on to to become one of the great creative minds of our time.  With his work and theories firmly rooted in commercialism, however, it is interesting to know that this woman provided him guidance at such an impressionable time. 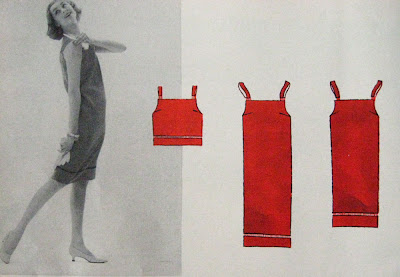 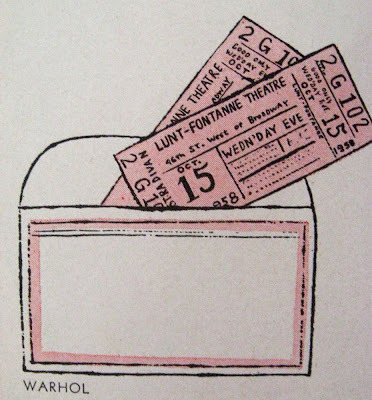 I thought I had found some additional illustrations from Mary Suzuki, but, once I sat down to compile this post, I realized some of the images I have are duplicates of what I already posted.  I do have some more, though, so will share those as well.  If you have more feel free to share!  Of course, we do know that Mary and Andy illustrated the first edition of Amy Vanderbilt's Etiquette book, and, I also noticed this photo on another blog. 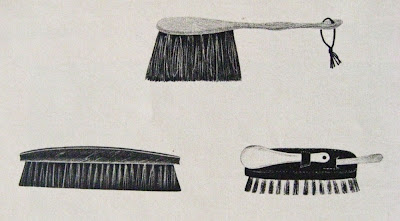 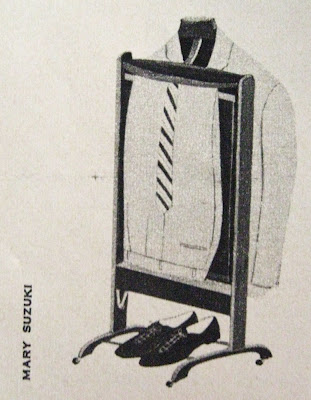 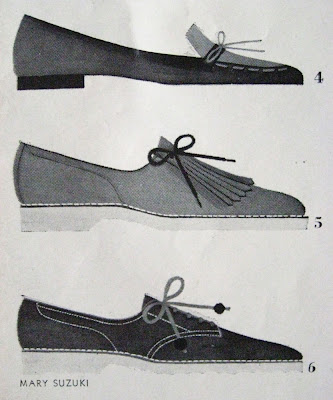 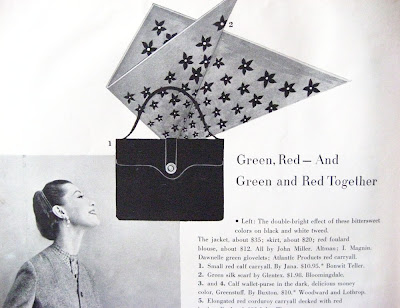 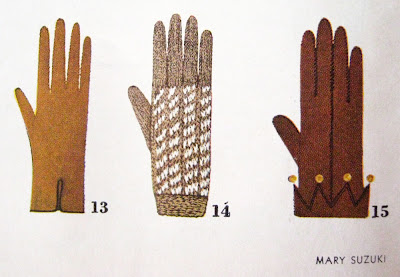 Posted by Carmen and Ginger at 4:22 PM