Keep The Wolves At Your Door 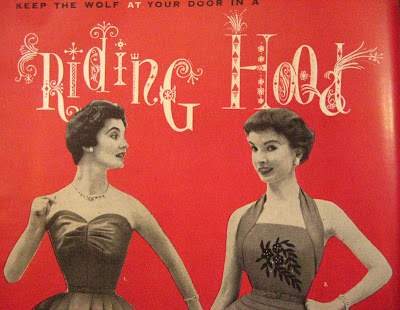 With all the hype around the new Red Riding Hood Movie, it seems that Red Riding Hood references had been popping up everywhere of late; in magazines, on television and of course in the Etsy Treasuries which tend to reflect recent trends in popular culture.  Of course, now that the movie has been released and almost unanimously panned by critics, these references have dried up rather quickly.  I did want to share, however, a similar trend I found, surprisingly, in this September 1953 issue of Glamour Magazine. 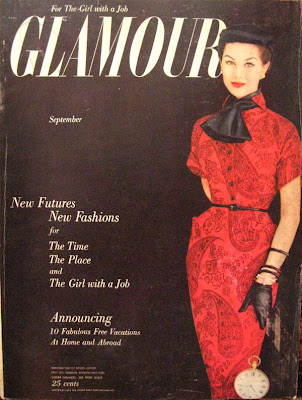 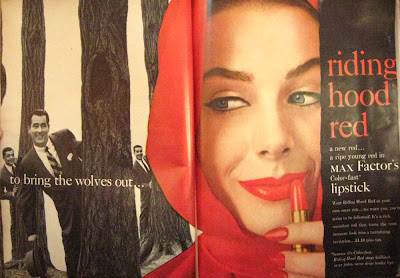 This Max Factor Ad is popular with collectors and seems to be at the center of the hype occupying a double-spread within the issue.  Perhaps Max Factor worked out a deal with Glamour to help promote their product?  It is unclear. 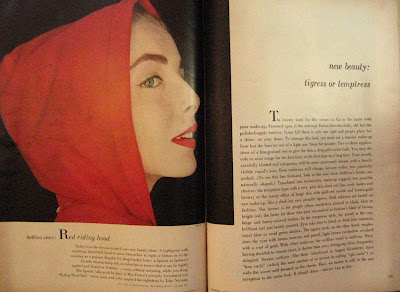 This interior spread, as well as the Max Factor lipstick are both referenced within a shopping page at the back of the mag: 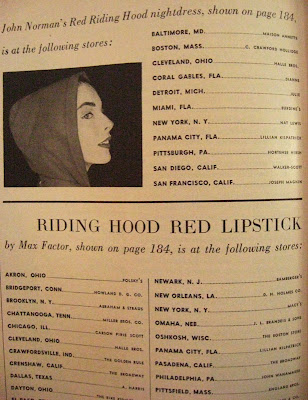 But then again, the advertisement below follows the trend but is from a completely different retailer: 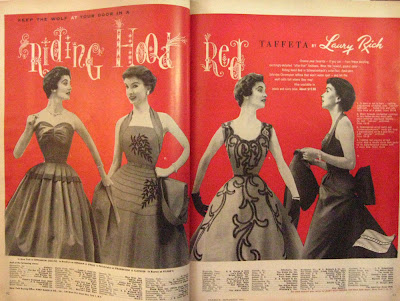 The story of Little Red Riding Hood has been around for centuries and has waxed and waned in popularity throughout its history.  There may have been a resurgence in popularity in the 1950's - 1953 also was the 1st edition publication date for several popular children's versions of the story as well - or maybe it was simply an advertising idea that came together coincidently.  In any case, history repeats itself in 2011, as Red Riding Hood fends off the wolves - both sexual and critical - at her door yet again...
Posted by Carmen and Ginger at 2:12 PM