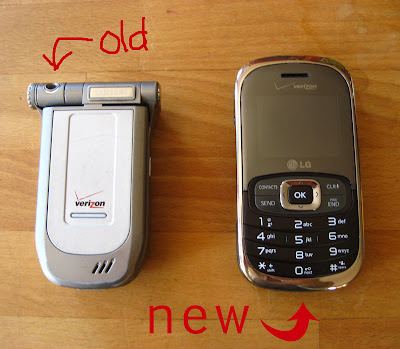 Recently I realized that by signing a new contract with Verizon I could probably get myself a new phone for which I could find a battery if needed, and hear people a little better than my current phone.  The nice salesgirl was initially dismissive when I said I wanted to see the phones that were under $200. "You get what you pay for." she said.  Now, I'm sure she works on commission and she did a very good job of pushing me towards bigger and better without coming across as "pushy."  Also, however, I think she was truthfully aghast at my lack of interest in purchasing internet service for my phone.  I stopped by at an hour when there were no other customers in the store but I suspect had I been there hours later when the place was filled with teenagers and young hipsters, I still would have been the only one looking at the wall of $150 and less phones. 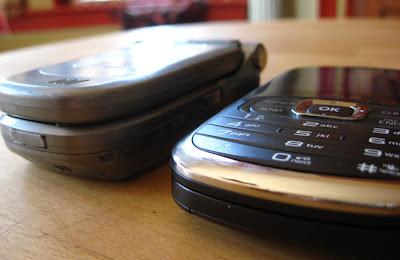 One clue that I might want to consider a new phone came with the fact that I realized I was embarrassed to take or make a call in front of the high school students I've been working with.   Although none of these kids can afford anything fancy, they ALL have phones that looked way more sophisticated than my own!   A second clue was the fact that every technician and sales person wanted to look at my phone when I walked in the door of the Verizon store.  "Oh wow, a [insert name of model here]; I have not seen one of those in a long time" said the first guy.  The saleswoman working with me was curious, but, more diplomatic as she was depending on me for a sale.  As I waited for her later another salesman wandered over and said "I just have to ask, is that still on the original battery?"  They all wanted a closer look.  It was like driving an antique car to the mall. 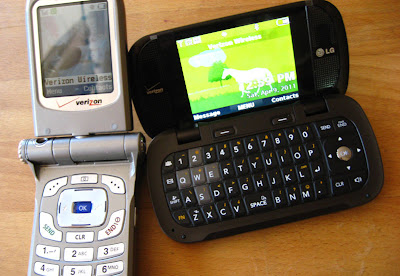 So, I now have a key pad, and, yes, I purchased a $5/month "text" package so they no longer cost me .50 each.  I do not text all that much but two of my good friends are deaf and therefore use the text option quite often and I thought it would be a nice way to stay available to them as well.  Funny that ten years ago when I traveled for business weekly, phones did not text or access the internet; never mind support the endless "apps" available for more sophisticated phones.  Now that these options are standard on most phones, I no longer need them. Things may change, however, so I can always add a monthly internet package to my phone if I need it.  At the rate I am going, by the time I do that others may be using implanted communication devices.

This post - although not dealing with the usual time passage to define something posted as "vintage" - does, in its own way,  support the vintage theme.  Also, one thing that sold me on my new phone is the 3.2 Megapixel camera in the phone.  Since half the time I forget to take my banged up Canon Power Shot with me, never mind my Digital SLR, having a decent camera-phone on hand may benefit this blog (and that sadly lacking "things I did not buy" segment which happens more frequently than I document, really!) 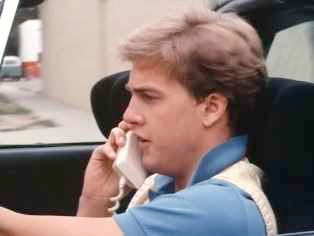 Posted by Carmen and Ginger at 2:05 PM