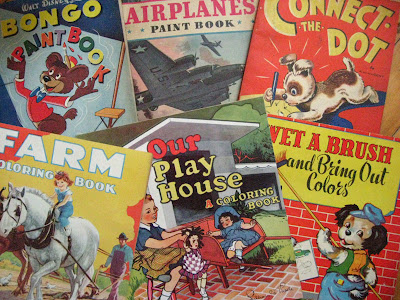 Why I continue to get excited about the local flea market is beyond me!  Two thirds of the shoppers and 90% of the sellers are smoking cigarettes or cigars, it's crowded, many sellers are rude, the stuff is mostly crap and half the sellers do not even bother to take it out of boxes never mind price it. And clean it?  Ha ha ha...wait, let me catch my breath from laughing.  Still, I love getting up early, I love the "hunt", I love poking through boxes to find hidden treasures, even if they need a bath! 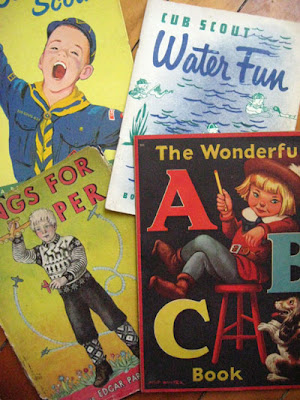 The flea usually opens the first week of April but the new owners were having work done at the property and they suddenly decided to open this morning, the first week of May.  With lots of delays and little advertising, many of the regular dealers stayed away.  You can't blame them, through all their collective faults, a lot of them do put a lot of effort and hours into these things and they certainly do not want to do that if no one knows about it. 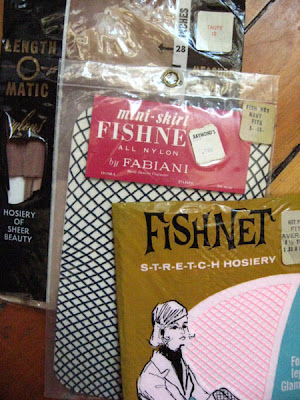 I love that you can find anything at the flea.  These pink fishnets above are still in the packaging and dated 1966.  The package behind them states that they are for "mini skirts."  We're talking the original minis, in the mid-1960's.  I had to dicker the seller down from $2 each, but, I'm cheap, what can I say?  Someone will love these once I get them into my shop. 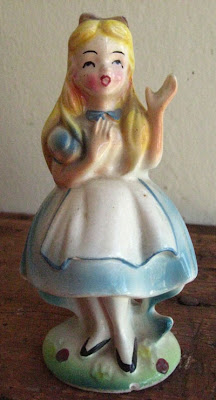 Not sure if Alice's popularity is still there, but, this little figurine caught my eye.  More tchotchke, just what I need!

Don't get me wrong, there are plenty of dealers who are nice people and have good prices and good senses of humor!  I enjoy talking to many of them, and, simply avoid others like the plague.  My greatest frustration today was that the first items I laid eyes on when I arrived was a pair of vintage metal garden chairs.  They were rough, but, my favorite pattern (which I have restored in the past) which is the cutaway floral that Restoration Hardware copied for their repro designs.  I beelined for them but they were already sold.  That's what I get for arriving at the late hour of 7:00 am.  My second greatest frustration was that the same dealer who had sold these chairs also had some vintage magazines, some old Hollywood mags for which I like to use the covers to photo my jewelry and also some old fashion mags - but, McCalls, not Vogue. I had picked up a few and asked him how much he was asking.  He hemmed and hawed and made a big display of looking at the few I'd already picked up and said "Twenty five."  What? $25 for four magazines!  When I expressed my indignation he said "I've got a magazine guy that will pay that."  So I said "Sure, sell them to your magazine guy for that." and walked away.  I noticed two hours later when I passed by to leave that ALL the magazines were still there.  What a twit. 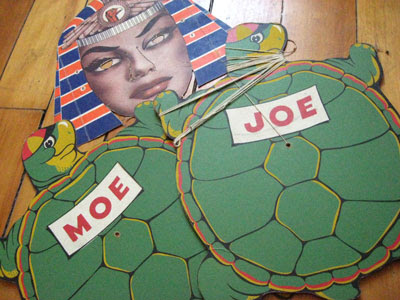 One of my best buys of the day was a giant box of childrens coloring books and games and such from the 1940's.  I had passed it by at first; it was unpriced and the dealer had nice things and was talking to someone.  I had a feeling it was beyond my range or perhaps items that had not been put on the table yet.  I passed by later on my way to pick up another item and noticed it was still there.  The dealer was free so I asked him how much.  "$20 for the box", he said.  I looked through this time and liked what I saw so I bought it for that.  All the images I listed so far of books came from that one box.  I will list more below.  They are so colorful and fun!  Does anyone know who Moe and Joe the turtles are above? 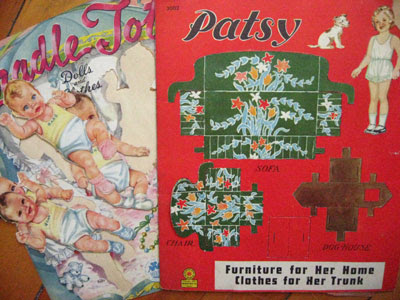 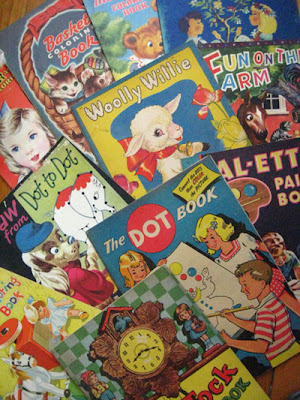 Those color books and paint books above are HUGE by the way!  Each about 16" tall!  The graphics are just wonderful.  Cannot wait to list these as people are sure to love the illustrations!  And that book "Wings for Per" with the dust jacket, looked it up and most copies for sale are $150 or higher!  Yowsah!  Need to do some research. 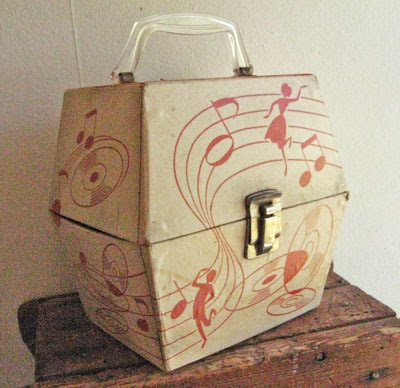 For my brother I found this fantastic 45 record carry case!  I have never seen one this shape before and cannot find another like it listed on the web.  Has anyone out there ever seen this design before?  It is a Capitol Accessories not a Platter Pak although much of the construction aside from the shape is very Platter-Pak like.  Perhaps they made a special edition for Capitol Records?  Any info please pass it along! 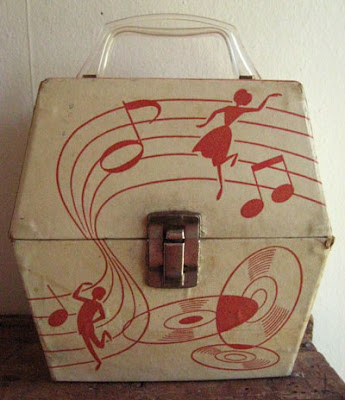 Posted by Carmen and Ginger at 7:01 PM