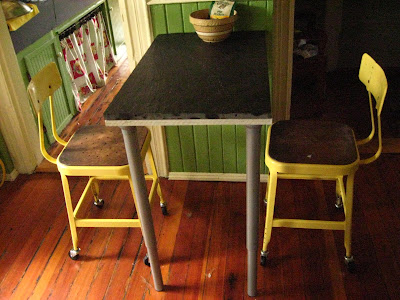 Ok, so, if you read this blog regularly (which of course would be easier if I posted more regularly!) you might recall that last spring (sigh, yes, it was really that long ago) I posted about a trip to the Flea and was excited to have found this pair of Lyons Industrial chairs for $30 for the pair: 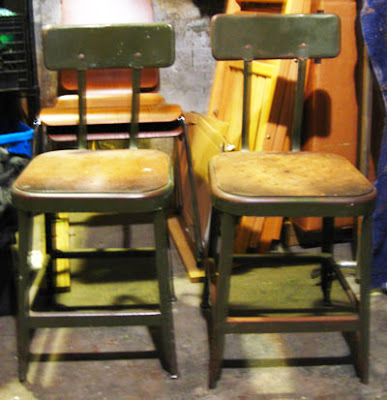 I had high hopes for the chairs as part of our kitchen remodel project and although it took 15 months to follow-through, I am pleased to share the results! 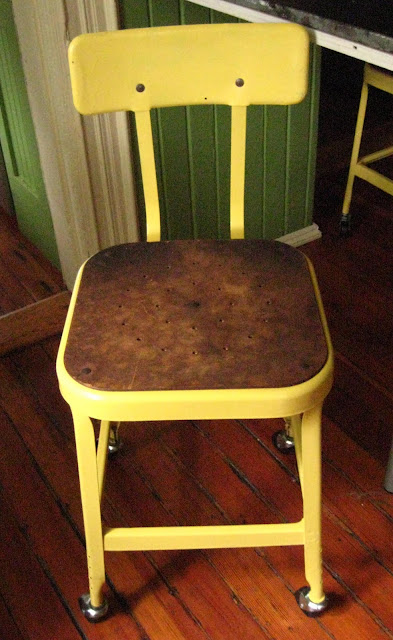 As part of our kitchen remodel - which is part 1930's, part industrial in style - we had been eyeing Lyons Industrial chairs for the project.  We liked the industrial aesthetic, and they were related to, but, much more affordable than, the vintage chairs seen all over the design magazines of late (see example below).

As luck would have it, I found this pair of the Lyons chairs at a flea market last spring.  We had not necessarily planned to paint them, and had planned to just order then in gunmetal color.  Finding them second-hand however, a little roughed up, gave use the courage to paint them, and just look at how they came out! 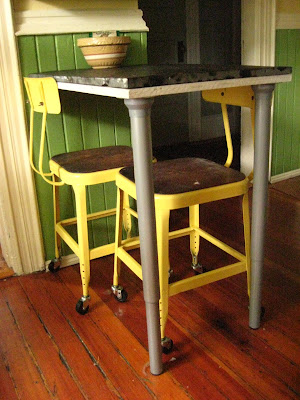 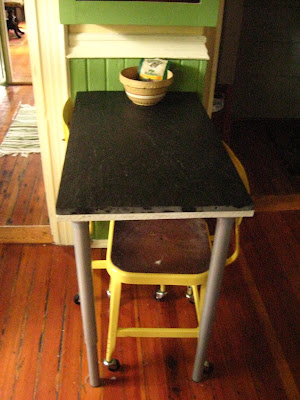 One of the reasons it took so long to get these into the kitchen was because we custom-built the table so that the chairs would just perfectly slide beneath it and stay just below the surface of it so that the "table" can continue to function as a primary counter/work surface in the kitchen.  (Note: the slate top will be replaced with something slightly larger and with rounded corners on the open side once we have the funds.  For now, this one works.) 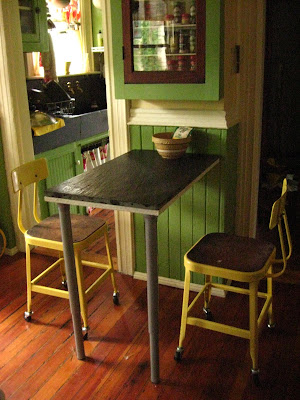 So now, for the first time since moving into this house five summers ago, we can actually sit and eat in the kitchen!

Posted by Carmen and Ginger at 5:17 PM