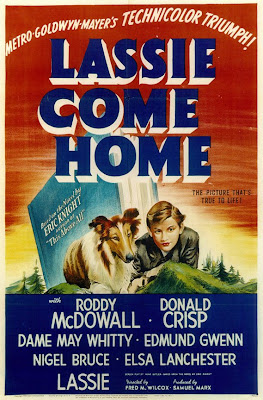 It's been a while since I blogged and I apologize for the delay! The display on my laptop suddenly stopped working and it made it quite impossible to do anything creative for a couple of weeks.  I replaced what appeared to be the broken part with no change, so, subsequently purchased a new monitor and now my laptop is at least a working desktop. I have been catching up on things over the past week, and, am finally back to blogging! 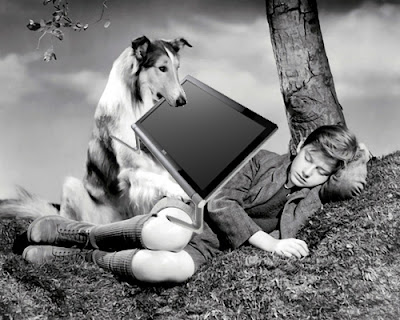 At Carmen and Ginger, we are ready to start listing our annual dog listings!  Last year I highlighted the Terriers, and, specifically, Skippy the dog.  This year, I decided to highlight Collies, and, of course, Lassie!  Geez, I wish I'd thought to call Lassie earlier, 'cause she would have been right on my computer problem!

It drives me crazy when people post things on the internet that are simply copied from someone else's page.  There is no shortage of histories and wonderful anecdotes about Lassie on the internet that people more knowledgeable than I have have taken the time to compile.  Wikipedia is a great place to start because their Lassie page has some great facts and links to send you off in a million other directions!  Of course, Lassie, although gone for decades, still has her own web page, full of images and historical facts!


I would encourage you to read about Lassie on the web as the story is almost as remarkable as the Lassie stories themselves!  The original Lassie, Pal, was given to the trainer when he did not work out as a pet.  The trainer had actually given him away to someone else when he learned that the Eric Knight Lassie novel  was to be made into a movie, so, he took him back and they stayed together for about 17 more years!  Also, incredible is that Pal was originally a stunt double for the movie, but, caught a break that made him a star!  I will paste this short (and properly attributed) quote from Wikipedia's page for Pal because the story is just that great;


During the course of filming, a decision was made to take advantage of a massive flooding of the San Joaquin River in central California in order to obtain some spectacular footage for the film. The female collie was still in training and refused to enter the raging waters created by the flood. Weatherwax was on the site with Pal and offered to have his dog perform in a five-stage shot in which Pal would swim the river, haul himself out, lie down without shaking the water off his coat, attempt to crawl while lying on his side and finally lie motionless, completely exhausted. Pal performed exceptionally well and the scene was completed in one take. Weatherwax said director Fred M. Wilcox was so impressed with Pal during the sequence that he had "tears in his eyes." In response, producers released the female collie and hired Pal in her stead, reshooting the first six weeks of the filming with Pal now portraying Lassie. (courtesy of Wikipedia) 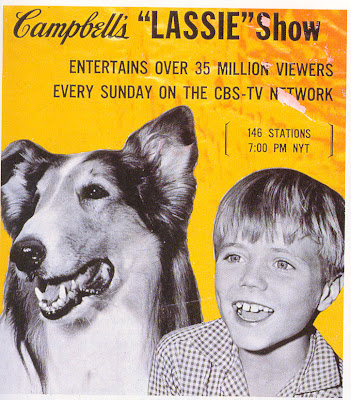 Lassie was destined for stardom and fans were not content with just the movies!  Television was inevitable and the first of several versions of the series began in 1954 with Pal playing the role of Lassie in the two pilots and his son, Lassie Jr. taking on the role after that.  Surprisingly, although Lassie was always written as a female role, the character was always played by male dogs.  Remarkably, the part of Lassie has been played by Pal, or, a direct descendant almost exclusively - aside from one short-lived contract dispute - for the past six decades!

Although I grew up as a child of the seventies, the opening I recall is this earlier one from the original version of the show - a classic!  When my husband learned I was writing about Lassie, he said to be sure to highlight her heroic nature, and, there is no shortage of heroic images of Lassie, especially in the comic stories!

My husband had mentioned a scene with a mountain lion.  While I could not find an actual mountain lion scene, I did recall this great parody which, I think was from an advertisement for dog food?  Always worth a chuckle...

And if you want a bit-o-memorabilia for yourself, there are lots of great Lassie and Collie related items on Etsy right now.  Here are a choice few:


And coming this week from Carmen and Ginger?  We have dogs galore!  Not only Collies, but Scottish and Wire Haired Terriers, oodles of Poodles, Cocker Spaniels, and many, many more!  We have figurines, jewelry, linens, housewares, paper goods; you name it, we've got it!  All photographed and ready to go.  For now, we will leave you with a taste of the Collies: